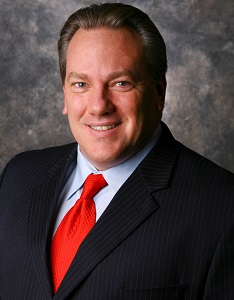 In the year 2000, following a successful career in business and specialty construction, Mark Huffer started Utmost Renovations, a Masonry Contracting company with a passionate emphasis on Building Restoration and Historical Preservation. Since his childhood Mark has had a keen interest in quality craftsmanship and historic architecture which combined with his business education and executive roles with other construction companies has contributed to a leading edge business where Mr. Huffer has become a well-known expert in all types of building facades and is among the top qualified Renovation Consultants and Restoration Contractors in Ohio.

Prior to his role as founder and President of Utmost Renovations, Mark served as Vice President of H.K. Phillips Restoration where he rewarded the business with 300% increased revenues and profits before accepting a new challenge as Vice President at Accurate Glass and Mirror Company where they also experienced fantastic growth from his efforts. These successes made it obvious to Mark that he needed to be the recipient of his own efforts by creating a business that provided services he was passionate about.

Born and raised in Circleville, Ohio Mark Huffer graduated college with honors in Political Science/Economics with an emphasis in U.S. Foreign Policy and Russian Studies pursuing his expertise in the Cold War and foreign diplomacy from Bowling Green State University (1991). He earned his M.A. degree in International Political Economy from Miami University (Oxford) in 1992. After the fall of the Berlin Wall and ensuing break-up of the former Soviet Union, Mark decided to alter course and he worked in a few sales and marketing positions with Fortune 500 Companies until the late 1990’s when he first began working in the construction business.

Find out more about Mark Huffer on Linked-In

During this crisis we are maintaining regular business hours. To assure the ultimate protection of our customers we closely follow the recommendations of the CDC as we interact with our clients.